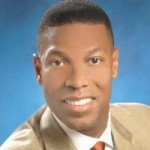 The entrepreneurial spirit is alive and burning bright in Dwayne Robinson, and he wants to light that same fire inside others through The Interface Financial Group (IFG) franchise he recently opened in Clarksville, Md.

Originally from Brooklyn, N.Y., Robinson has always been a hands-on kind of guy.  He began his career working in computer science and engineering at IBM, Booz Allen Hamilton and the federal government. Then, in 1996, he started a software company, VSGI, which he ran and operated for 13 years until he sold it to Cary, N.C.-based SAS in 2012.

“SAS was not only a great cultural fit, but they were also … very supportive of growth activity. That is one of the reasons I was interested in IFG because I am passionate about small business … and the IFG model is (set up) to help businesses grow by funding cash flow, and I think it’s a good idea,” Robinson said.

Sitting idle doesn’t suit the active Robinson, so in 2013 he started to explore the idea of buying a franchise. The sale of VSGI had already provided him the capital; he just needed a great business to fund. After working with a consultant, he narrowed it down to a few potential franchises, with IFG at the top of his short list.

“It wasn’t a very exciting concept to try to dream up that next (VSGI) and create all of the pieces around that. So I started thinking, ‘why not investigate a business that has already defined a unique business model that is working?’ I began to explore different franchises that aligned with my personal interests and acumen,” he said, finally settling on IFG because of its successful track record and small business focus.

“IFG has been around for over 40 years, and it made a lot of sense to me. … it aligned with my interests to help small businesses … . I thought I would give it a shot, so that’s how I ultimately pulled the trigger on that decision,” Robinson said.

As an entrepreneur, Robinson understands and embraces the challenges that go along with owning a business – financial risks and the fear of failure. “There are some that I think would say there is a great deal of risk in entrepreneurship, but it really depends on how you approach it. I really approach it in a normal, balanced way.”

A creative thinker, Robinson also worried about the autonomy he might lose with franchise ownership, but his doubts were assuaged by the IFG structure and his optimistic outlook. “For me, the entrepreneurial component is creativity, doing something new. It is creating your own reality as opposed to being restricted to a box that someone has predefined.”

The structure provided by IFG has also been a pleasant surprise for Robinson, as he follows in the footsteps of other successful IFG owners. “ … you have an overarching roadmap of activities, so I am sort of stepping down that list, (following) what other successful IFG franchisees have done. They have packaged that into a road map. So I am following that road map,” he said.

The next step for Robinson includes growing his IFG business through referrals from the financial industry and focusing on which businesses could benefit from the services he provides. His ultimate goal is to find businesses to help grow to the next level, an area where Robinson’s track record speaks for itself.

“I think it is important that we encourage entrepreneurship in this country; it is truly the fuel that keeps this country going. I know that people say this all the time, and as an entrepreneur I spend a lot of time with a lot of other entrepreneurs, the creativity, the innovation that comes from the community of small business is absolutely keeping this country ahead of all the rest. So we should fuel that, we should inspire that, particularly in our young people,” he said.

About The Interface Financial Group
The Interface Financial Group (IFG) is North America’s largest alternative funding source for small business. IFG provides short-term working capital funding in the form of a unique Invoice Discounting service. The company serves clients in the manufacturing, service, and construction sectors. Interface operates from a base of 140+ franchise offices in the United States, Canada, the U.K., the Republic of Ireland, Australia, and New Zealand. IFG’s innovative Invoice Discounting service is a fast and easy way to turn receivables into cash. For more information, visit //www.interfacefinancial.com.