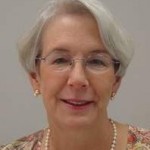 Phoenix, AZ– May 29, 2013– After the long and difficult Great Recession, the construction industry is showing signs of life again in Phoenix. In fact, Arizona added 8,300 construction jobs in the last year – a 7.3% increase, ranked 5th among all states, according to a recent report from the Associated General Contractors of America. Behind the scenes, helping fuel the local economic growth is Phyllis Rector with her IFG franchise, a local business-to-business alternative funding source for small businesses.

Contractors, who have had to reduce overhead, are starting to get big jobs again. Even though the economy is picking up, banks and other lending institutions are still hesitant to lend to small businesses. When businesses are growing but cannot get a line of credit, they turn to IFG for assistance.

According to Rector, “Phoenix is bouncing back. There is a lot of activity for multi-family construction in the Phoenix area … There is a fair amount of road building; I have a number of cement contractors, one of whom works only on government projects … One of my clients landed a contract to do curbs and gutters on a single family home subdivision. If he’s doing curbs and gutters, it means the project that was prepped in 2007 is getting ready to be developed, and now they’re starting to actually build streets and such.”

A former bond trader, Rector continues to flourish with the IFG business model for a couple of reasons: First, the business does not require employees, so she is able to work out of her home. That also allows for easy startup with low overhead. Secondly, the IFG model allows her to get out and interact with people. All of this enables her to control her schedule and monetary risk.

By developing relationships with bankers and other lending sources in Phoenix, Rector has gained several leads over the last 3 weeks alone through these banking connections. Currently, she is in talks with a large cement and framing contractor, who is working on apartment complexes in Phoenix. As Rector puts it, “It would be nice to do some larger deals with stable companies. That’s the biggest thing I’m working on.”

About The Interface Financial Group
The Interface Financial Group (IFG) is North America’s largest alternative funding source for small business. IFG provides short-term working capital funding in the form of a unique Invoice Discounting service. The company serves clients in the manufacturing, service, and construction sectors. Interface operates from a base of 140+ franchise offices in the United States, Canada, Australia, and New Zealand. IFG’s innovative Invoice Discounting service is a fast and easy way to turn receivables into cash. For more information, visit //www.interfacefinancial.com.