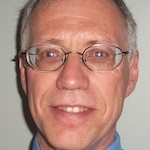 Chambersburg, PA– May 29, 2013– Gary Meyers’ Chambersburg-based Interface Financial Group (IFG) franchise is the only one in the region. There are three other franchises in Pennsylvania; two in the Philadelphia area and one in the Pittsburgh area. With a franchise that is non-territorial Meyers has a free hand to expand his operations throughout his immediate geographical area. Because he has an ‘in demand’ service he can take immediate advantage of the expansion opportunity.

“The business is coming up on the year-and-a-half anniversary, and now appears to be a good time to start expanding my reach” says Meyers. “It’s really gratifying to be able to help someone and see how their business benefits from it. And when they come back, as they do for repeat transactions, then you know you’re performing a service that’s a value to them.”

Meyers reached a point in his career where he was ready for change and didn’t want to take another job doing the same thing. He decided it was time to take control of his destiny and start a business. After investigating different business concepts, he began looking at franchises because he would be able to run his own business and start with an already proven concept. Out of all the franchise options he reviewed, he took an interest to Interface Financial Group.

Meyers’ background is in accounting and finance, and earned a Certification in Public Accounting. Most recently he was Chief Financial Officer for a family-owned business in Chambersburg. Meyers acknowledges The Interface Financial Group was the right fit because he’s always had an appreciation for helping small businesses and trying to meet their cash flow needs.

The fact that the IFG franchise is a home-based business and there are no employees also appealed to Meyers. After having supervisor responsibilities his whole career, starting his IFG business provided Meyers a fresh start to his work life. Doing work he enjoys and being in control of his schedule has been very rewarding.

About The Interface Financial Group
The Interface Financial Group (IFG) is North America’s largest alternative funding source for small business. IFG provides short-term working capital funding in the form of a unique Invoice Discounting service. The company serves clients in the manufacturing, service, and construction sectors. Interface operates from a base of 140+ franchise offices in the United States, Canada, Australia, and New Zealand. IFG’s innovative Invoice Discounting service is a fast and easy way to turn receivables into cash. For more information, visit//www.interfacefinancial.com.