Owning a Franchise is the New Retirement 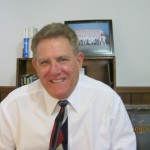 Atlanta, GA – January 9, 2013 – Many Americans used to imagine their retirements as a time of relaxation and leisure. But for more and more Americans, retirement is the time to find a new career. According to the AARP, eight out of 10 boomers want to keep working after retirement.

Lee Landon, of Atlanta, Georgia, is one of them.

“Me? Retire? Of course not! What would I do? I hate being slow,” Landon said.

Drafted into the military during the Vietnam War, Landon was a military policeman in Germany for 2 years before returning to the United States and pursuing an accounting degree and an insurance career. He spent the next 30 years as a CFO for multiple Atlanta-area insurance companies and turned around distressed businesses.

“I was getting more and more frustrated over the short-term nature of what I was doing. I was ready to move on, ready to retire, but not ready to stop working.”

So Landon worked with a business coach to explore the benefits of opening a franchise business. CNN Money compiled a list of the best paying retirement jobs, and ranked franchise ownership at 18 based on market demand, scheduling flexibility and other preferences expressed by this age group.

All of the concepts he considered were in professional services.

“I wanted to deal with professionals, not the general public. I was used to dealing with sharp, business-savvy people already. That’s a comfortable niche for me,” he said.

In the considered set was The Interface Financial Group (IFG), an established, award-winning of franchise of for 40 years. Its franchisees provide short-term working capital to other businesses via invoice discounting.

Landon was impressed with their level of professionalism and their proven track record. He opened his The Interface Financial Group franchise in October 2011.

A little more than a year later, Landon’s business is doing well, and he credits his success to following the plan that IFG provides its franchisees.

“When you have a high level of confidence in the people guiding you along the path,” Landon said, “When they are telling you it is what it is, and it works as they said it would, then you start to get more comfortable with it.”

Achieving Work-Life Balance
Landon also appreciates that after an already accomplished career, he is still learning about business.

“If you’re not learning something new,” he said, “you’re not doing something right. I never thought I would be able to work at home. Now I could not imagine working in an office every day. I’m so glad that on rainy days I don’t have to get out in that. You can work in a pair of jeans and a baseball cap.”

He also thought his wife, Vickie, would help with sales. But when she was given the opportunity to return her focus to her real estate business, Landon realized that he loved the telephone—and in-person—interactions his position required.

“I usually try to go to lunch with people once a week,” Landon said, “That’s how you maintain relationships and build long-term viability.

“You can work as little as you want with IFG. That’s just fine because you have time for your other interests. All I need is a laptop and smart phone. If you want to take a week to go the mountains, you can do it, as long as you have internet access.”

A federally-licensed collector of surplus military rifles and former hot-rod boat assembler, he appreciates the flexibility as an owner of an IFG franchise. Last summer he restored an old Corvette, and has more time to travel and visit with his grown children and their families.

Underneath all of the extra benefits though lies a bottom line which, for Landon, continues to ramp upward. “You get flooded from somewhere you never expected,” he said, acknowledging that opportunities may come from unusual places in addition to common ones. “I feel great. It’s perfect for me.”